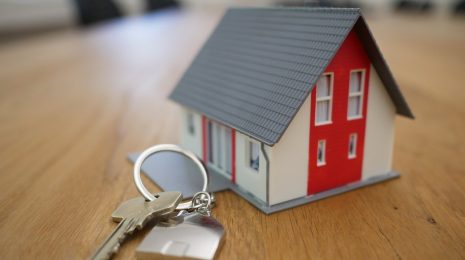 The real estate game in the big states of the U.S. has undeniably paved the way for small cities to start one as well. A list of satisfactory and non-satisfactory house selling rates per state has resurfaced per year secondary to the country’s numerous real estate agencies. This is to help the state boost its population rate to help them appeal to potential home buyers massively. Here are some conditions that need to adapt to the situation’s housing market and improve their selling rates.

Over the Central East of United States stands the state of West Virginia, known for its Civil War history. With the rank of 40 in the World Population Review in popularity, the state might just need a little boost in their house selling game. It is recorded that this year, West Virginia ranked 1st in the list of lowest median home prices in the United States. An estimated cost of $107,000 is the state’s average house sale.

Compared to other average states, it is unreasonably low to sell a house at this rate – and much especially at this time of financial crisis. It will be a breath of fresh air if you compare the sale rate of dwellings to those in today’s market.

According to the World Population Review, Hawaii garners the highest median home price in 2021, estimated to be $630,000, and being the 3rd in ranking as the highest monthly rent in the United States with a cost of approximately $2,000. Although Hawaii offers massive square feet of land at a reasonable price, the overall house selling rate still has not been tamed despite financial and employment decline.

On the contrary, since Hawaii is an isolated state and a very rare residential perimeter unless you are a local, it is still hard to buy a home within the state if the buyer’s income will be considered.

This Mid-Atlantic state had been defined to be the home of waterways, coastlines, and seaports. It has been vastly surrounded by the ocean and remains to be its pride until this date. This is probably why it has garnered one of the top ten spots as the highest median home price in the market. The estimated cost being $300,000 – the state can offer you 1,700 square feet of land and property. The state ranks 1st as the highest median household income with an $83,000 approximate. This only proves that the state has elite residents that can afford to live such luxury. This is why it is best to reconsider and improve its rates in the housing market.

Given the situation where real estate has been adjusting to the world’s health crisis by using social media platforms and websites – the states who have been left behind in the real estate rankings may find it harder to step up their game and also those who are in need to step-down a little. Although there are no closing doors into improvements and slow processes, 2021 is an excellent year to start. We buy houses, so let us know if you are interested in getting an offer from our business. – SnapCashOffers