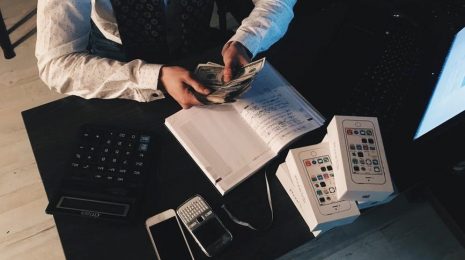 Shadow directors are those that do not hold the official status of a director, but are greatly involved in the day-to-day running of the business. If you are considered a ‘shadow director’, you are not untouchable when it comes to an insolvency procedure. You are still vulnerable to director disqualification and even criminal charges should you not act in the best interests of the company. Business Rescue Expert – a leading insolvency practitioner firm in the UK – are sharing what shadow directors can truly expect upon the company entering an insolvency procedure.

How is a shadow director defined?

As mentioned above, a shadow director may not be labelled as a ‘director’ but is afforded the same responsibilities and tasks as those that are. Examples of where you are considered a shadow director include, but are not limited too:

All directors must adhere to particular duties. It’s important to note that shadow directors are bound by certain duties. When assuming a senior role, you must always act in the best interest of the company and within their articles to promote the eventual success of the business. Any breach of these duties will be identified – particularly when facing an insolvency procedure. An insolvency practitioner/liquidator/administrator has their own duties during their investigations, and must look for any evidence of wrongdoing on the part of the directors. If there is evidence, that leads to further problems down the line. Shadow directors are certainly not protected from director disqualification.

All directors, whether shadow or holding an official status, will be scrutinised upon the company entering insolvency. The director’s investigation will, essentially, determine what your role involves, and any instances that are a severe cause for concern:

Director disqualification is certainly possible for shadow directors, who can be disqualified under the CDDA. You are liable for director disqualification if you have held the role for three years previous due to the insolvency procedure, and have allowed the company to continue to trade without the ability or resources to pay their debts. Similarly, trading without filing accurate tax returns for HMRC, and using company money for your own personal interests is a sign that you could face severe consequences.

The insolvency practitioner will be the one investigating and filing a report on your time as director. If you are disqualified, you will be unable to act as a director for a period between 2-15 years. If fraud is evident, then you will, likely, face criminal charges.

Ultimately, you can protect yourself by allowing the board members to make decisions for the company. Similarly, you could become formally appointed as a de jure director, affording you certain protections. Perhaps the best thing you can do, however, is to err on the side of caution.