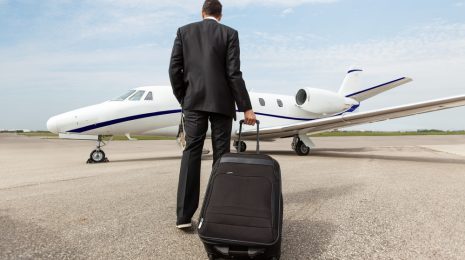 For all the frivolous nonsense they often invest their time in, memesters sometimes get it right and create compelling memes that really stir up some constructive introspection at the very least and constructive debate at best. One such meme featured Bill Gates and Warren Buffet and, carried over into some sort of “meme medley” with a feature of Richard Branson and Mark Zuckerberg as well.

The caption: “More than a $100 billion in one picture and not a single Gucci belt in sight!”

That pretty much sums it up perfectly, how the aim of going into business or being an entrepreneur isn’t about looking rich, but rather to BE rich. It is rather easy to get sucked into the flashiness of the success that comes with being a businessperson, especially considering how those who go into business are often seen to be going against the grain, while entrepreneurs are considered to be mavericks who think a little bit too freely for their own good.

The old adage of going to college after school to complete your four-year degree and then afterwards getting a job which will keep you occupied for the next 45 years still dominates the thought process of the majority of people and so if you decide to go against the grain and do your own thing as a businessperson or entrepreneur you’re bound to get some flack. Sometimes it comes from a good place — a place of concern, for example if your parents are worried about you not having a stable job, it’s because they’re genuinely worried, not because they’re purely governed by the “be like the rest of us” syndrome. They very well could be, but not exclusively and they genuinely want the best for you.

Most of the other people who might have something to say however aren’t so genuine with their “concerns“ — what they want is for everybody to be like them and it often plays out in the form of a competition. “Why don’t you upgrade your car?” is something you might get asked, “It’s not like you can’t afford it since we earn the same salary…” With this persecutory attitude towards those of us who are on the path to becoming self-made individuals, it can be very easy to want to put a facade and blow up what little success you might be having to make it look much bigger than it is. That’s a trap promising entrepreneurs and businesspersons often fall into, in that they’re trying to look rich before they can truly claim to have reached that level of success.

Often what you’ll find is that if you put off buying that shiny yellow Lamborghini for just a bit, within a matter of a very short space in time you’ll be in a position to buy that same Lambor cash and fully paid up without breaking the bank in the manner you would have otherwise broken it by choosing to look like you’ve “arrived” or “made it” a bit too soon.