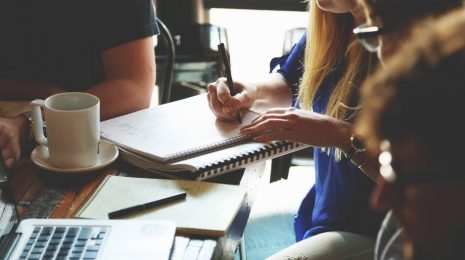 True entrepreneurs at heart cannot help but inevitably get to a point where they fight an internal battle between staying true to their informal hustler roots and necessity of adding a bit more corporate-grade professionalism to their operations. While innovative and leading companies such as Google have shown us that it is indeed possible to marry the two worlds and that it doesn’t have to be an explicit case of either or, the most dominant elements of the corporate professionalism always tend to shine through, so as is the case with the likes of Google and features such as resident sleeping pods, all of this is still contained within a professional corporate environment.

That’s where it starts with professionalising your operation – creating an environment that encourages productivity above everything else.

At the end of the day, when employees walk away from the office they must be happy to be leaving the space so that they can enjoy a little bit of an easier time in their lives, for the rest of the day. This is not to say you should create a soul-sucking working environment, but rather just an encouragement to create a working space that is conducive to productivity. Workers must know to maintain professionalism in their everyday conduct and dress accordingly too.

Open-plan type offices are the order of the day if you want to encourage interaction among your employees so that they’re not afraid to collaborate with each other in getting the overall work of the organisation done. Employees should be free to fill in for each other when needs be and the best thing you can do in support of this is sit right there with them as the boss, in just another chair that looks like those of the rest of the workers.

Employees who were part of the setup when you were first starting out might feel as if they’re literally watching a baby they helped raise grow up right under their eyes, but there’s no room for nostalgia to overstay its welcome. Everyone needs to get with the times and conduct themselves in such a way as to demonstrate that they’re part of an organisation that is evolving professionally and this can only be achieved through the establishment of a consistent corporate identity that grows to become recognisable.

So this means you’ll have to introduce something like a workers’ code of conduct, a dress code, etc, even if that dress code isn’t something too strict, but rather just a set of parameters put in place to set up some sort of uniformity, however loose it may be still.