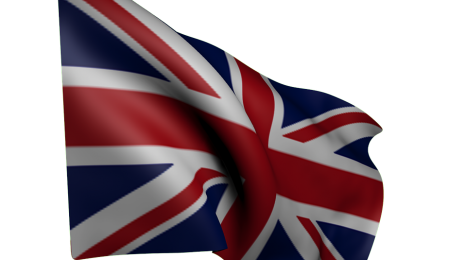 The UK has been embroiled in a tense political battle for the last few weeks, with all sides campaigning vigorously to win the public vote. For the first time since 2010, none of the main parties could form a majority, so the election ended in a Hung Parliament. Now, however, the Conservatives have formed a deal with the controversial DUP, so here are some of the effects this could have on Indonesian markets.

All election periods are a time of instability, not just for local markets but often for international ones. With the UK being such a strong, powerful economy, many were holding their breath in the run up to results day. A Conservative landslide victory was the initial prediction by most polls, but a surge in Labour’s popularity led to a far tighter result.

The end result saw the pound plummet in value against the euro, signalling an indefinite period of instability for the currency. This could well favour the Indonesian markets, as trading with the UK could become cheaper and more affordable.

Those trading on the Indonesian markets may well look to take advantage of a weakened pound by investing in the currency whilst it is still cheap. The forex market in particular may see a flurry of activity as traders hurry to purchase pound sterling with rupiahs.

They may, however, have to wait patiently for the pound to rise in value, as the future for the UK looks very unclear, especially with all important Brexit negotiations coming up. The extent of the impact on trade between the two countries remains to be seen, but Indonesia’s key exports of machinery, transport equipment and crude materials may be hit by a weaker UK economy.

See also  For Manufacturers, Quality Control Should Be Sales MVP

Nothing should be taken for granted, however, and it is now very much a waiting game to see how the two economies may react. Since Indonesia is one of the emerging global economies, it is likely that it will want to continue trade as normal to further its economic growth.

The real uncertainty lies in the UK economy, as businesses may not be able to afford to continue trading as usual with a weakened pound. The pound has actually been sinking in value against the rupiah for over a year, being worth just 16,939 IDR today (at time of writing).

The ultimate question which is now being asked in Britain is whether new deals may be formed once Britain’s exit from the EU is finalised. The Hung Parliament result has cast fresh doubts over negotiations with the EU, which will now be viewed as even more powerful against a divided UK.

If a trade deal could be reached with Indonesia post Brexit, it may help to give both economies a much needed boost, and, to some extent, stimulate their respective markets.

As a fast growing economy, Indonesia is unlikely to be significantly affected by the results of the UK election. Although markets may initially be cautious, trade will likely continue as normal, and could even be bolstered in the short term by a weakened pound.