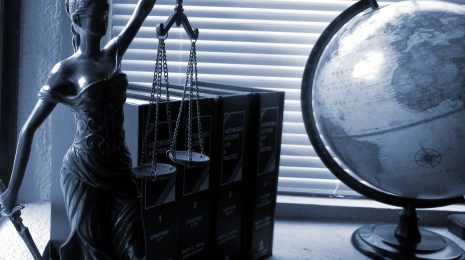 For decades restrictive changes in asylum and refugee policies have risen. This leaves plenty of immigration attorneys throughout the U.S. with their hands full. Lawyers handle cases from camps reaching up to 2,500 asylum seekers.

Many of these are adult cases and need immediate action. Before, lawyers handling cases on the border for years usually operate in small-practice. But with the recent surge of concern and changes, corporate firms are stepping in.

So how do prominent firm lawyers give a hand to those in smaller practice? What does this mean for the future of asylum seekers? Is there a chance for asylum seekers to gain the favor that they need?

Separation of Families Across Borders

It’s no surprise that the news of countless families separate at the border grew. International and national news have covered stories about migrant children with no parents. Issues such as the deportation of families have also come to the surface.

These are only some of the most significant issues that took the nation by storm. There has been no news about any action from the federal government. All they need to do is to ask the 9th U.S. Circuit Court of Appeals to have a re-examination of the issue at hand.

How Bigger Firm Lawyers Are Stepping In

Corporate attorneys began flying to border cities for help. Lawyers have been taking up cases right in the federal government’s tent courts. Tent courts served as waiting grounds for asylum seekers waiting for their cases.

See also  Is Your Business's Latest Tech Adoption Working? How Can You Tell?

Around 61,000 people are being reported to be tuck in these tent courts. There might even be more to the number. Especially since smaller firm asylum attorneys and lawyers also have their hands full. Asylum seekers end up living in camps nearby the international bridge.

The cases are being heard in the tent courts with the judges on video conference. Unlike judges, attorneys need to travel to be with the asylum seekers. This is the only way that migrants can get the representation that they need.

Are the Asylum Seekers in Danger?

The locations where the asylum seekers take refuge are being deemed dangerous. Even the U.S. government has put a no-travel zone in these areas for residents. Yet, asylum seekers have little to no choice. They will have to wait until their cases are being heard.

Once cases are processed, the government escorts asylum seekers across the border. With the fate of asylum seekers resting in attorneys’ hands, it becomes a tedious and anxious wait.

The Future of the People at the Border

Difficult as it may seem, many of the prominent firm attorneys are assisting immigrants. If there’s someone who carries asylum petitions, they can ask for a legal representative. Both attorneys and clients are free to meet at the border for discussions.

Hope is still there as there are asylum seekers who have had full legal representation. Many are helping asylum seekers to file asylum applications and represent themselves. There is yet hope when it comes to achieving victory over these cases.

See also  What are the pros and cons of outsourcing IT support?