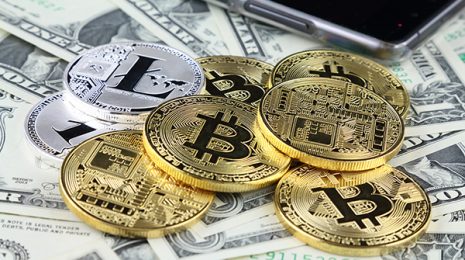 In case you have had your head in the sand for the past year, there is a concept that is taking the world by storm. That is blockchain technology and cryptocurrencies.

These were traditionally a novel concept that were presented by computer scientists and cryptographers back in 2009 as a way for us to become less reliant on traditional banking systems. They were developed out of great disillusionment at the financial crisis.

They were also considered a bit of a “joke” and were dismissed by numerous people. However, the cryptocurrencies such as Bitcoin have lived on. They have reached ever increasing highs and have resulted in a number of other coins and cryptocurrencies being developed.

If you had invested £100 in Bitcoin in 2009, you would have been a Millionaire now. Hence, this has indeed proved itself quite substantially and is breaking ground everyday. If you were thinking of investing, you are probably asking yourself whether now is still a good time and if it was, what would you invest in? We will answer these in the following post.

Very simply, cryptocurrency is a proof of a transaction that has been cryptographically signed and uploaded onto a decentralized ledger based on blockchain technology.

What this essentially means is that it is a digital asset that you can easily send to someone anywhere in the world at a relatively low cost and almost instantaneously. It is also sent in an anonymous fashion as your Bitcoin address is nothing but a string of numbers.

What is truly amazing about this is the decentralized nature of it. There is no central issuing authority or central bank. They all exist on the blockchain which is run by a host of computers all around the world.

The supply of the coins is determined purely by mathematics and there is no agency that can control how much is issued. This is why many people think it is a much better solution that traditional money.

Bitcoin was developed for the explicit purpose of being decentralized (Peer to Peer) money. This has been its moniker and it has reaped the immense gains from this label.

Ethereum, on the other hand, was developed to be something quite different. It was developed in order to provide a backbone for the execution of smart contracts on their blockchain. This also allows other developers to build off of the Ethereum protocol.

On the Ethereum network, users have tokens called Ether which are used to pay for network space. These Ether tokens have a great deal of value attached to them. Yet, underlying purpose of the Ethereum network is to become one large decentralized and autonomous machine.

Before you can trade / buy these cryptocurrencies, you have to set yourself up with an account at a broker or an exchange. For an exchange, you can use Coinbase and there are any number of regulated bitcoin brokers to choose from.

Given that you now know what the two main cryptocurrencies are exactly, you may be curious as to how the price of both of them is likely to evolve over the coming few months and years. We will take a look at a short analysis of market conditions.

Bitcoin has had a really powerful run over the past few weeks and has risen by over 500% this year already. People may then be asking if it still has legs to run and keep on climbing. The answer is indeed yes, long term Bitcoin should climb above $10,000 and keep going. However, in the short term, there is quite a bit of uncertainty with Bitcoin. We have the upcoming hardfork which could split the network in two and lead to dissention in the Bitcoin community.

Hence, it may be wise to hold off any Bitcoin investment until at least the end of November once the dust has settled on the hardfork debate.

The outlook for Ethereum for the short and medium term is much more positive than Bitcoin. Etherum has gone through a similar hardfork that went through without a hitch. The development team ushered it in effectively and the price is likely to rally in the coming weeks.

Moreover, for the long term, the applications with which Ethereum can be used are endless. The development of decentralized applications (Dapps) can be proliferated on the Ethereum protocol. There are many more use cases for this cryptocurrency.

Moreover, the development team has a number of initiatives that will allow for the coins to proliferate effectively.

Cryptocurrencies are taking the world by storm. They are transforming the way we think about finance and computing. They are also one of the most interesting investments of our time and are being picked up by numerous investors as they realize the potential.

Create your own digital currency portfolio and diversify it amoung Bitcoin, Litecoin and Ethereum. Keep track of the latest announcements in the community and don’t allow the short term volatility to impact on your long term views.