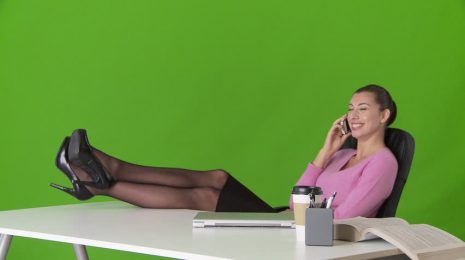 Well it’s perhaps true about life in general as well because if you come to think of it you get a leg up from your parents mainly as you grow through the various stages in your life, but it definitely applies in business that everybody needs a leg up. I’m going to hit you with a cliché and say that no man is an island as that rings true in business. You simply need others to succeed so it’s important to formulate good relationships with as many people as you can.

I always love to make reference to a certain Bill Gates for inspiration for some business lessons because the richest man in the world and his journey has a lot of these business lessons to teach. You might for example point to Gates as someone who was destined for success no matter what course the development of computing technology may have taken, but if you take a closer look at the various elements which led up to his resounding success you’ll notice that he could never have done it alone.

What would have happened if there was no existing operating system to buy down the road and develop further to create DOS for instance? What about all the programmers who worked at Microsoft, some of whom spent entire nights working away in windowless offices to get the first versions of the Windows Operating System out to market? What would have happened if Altair didn’t come out with the first version of the personal computer?

All of these examples demonstrate that even if you have all the necessary skills to make a success out of any business venture you’d want to pour your heart into, you need other people. You need a leg up at some point, even if those people you need come in the form of your buying customers.

See also  How to sell your house quickly

So it’s all about creating the right connections and working against alienating anyone who could have a direct impact on the growth and direction of your business. There will always be competition of course and that’s the part of the game you’ll just have to be ready for, but play fair.

All that said getting that required leg-up is not at all easy. Sometimes you have to put in three times the effort just to get something you might have already been eligible for, but because there are some people in some key positions standing in your way you need to put in a colossal effort to fight the negative outcomes of the system. I remember wanting to get some funding for a business venture which benefits the community and so is eligible for a no-interest loan. The hoops I had to jump through had me so stressed out that I decided to take some time out and blow of some steam with some online gambling.

That worked out well however because the use of a casino promo code eventually led me to the discovery that there are so many other funding sources beyond the conventional ones and so by the time the grant money actually arrived it was somewhat of a bonus because I really didn’t need it anymore.