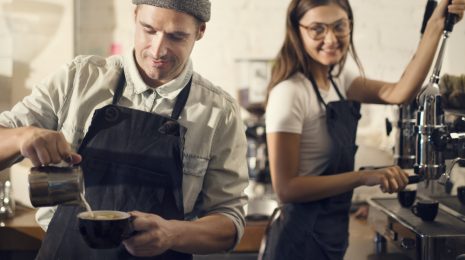 Some of the things you’ll hear at these banquets members of the so-called upper-class regularly hold will really make you sick to the pit of your stomach if you have even the slightest shred of decency in you! Obviously it would be unfair to generalise and say that all “old-money” types are like that, but generally that’s the sense you get — that they just love to look down on people who have less than they do, forgetting or perhaps not even knowing that for the most part, people’s economic standings are really all about luck.

Fine, to a certain degree in some countries if you really try you can at least make something of your life and be active economically and so to a certain degree some people who are in dire economic situations do perhaps have themselves to blame for not trying hard enough to get out of that dire situation, but I draw the line when ex-convicts and even people with mental disabilities are looked down on. I mean you don’t choose to have a mental disorder which would perhaps hinder your ability to participate in regular economic activities. Ex-cons as well — if you carry the tag of being an ex-convict and you’ve managed to stay out of trouble to the point that you’re actively trying to change your life around and perhaps get a job, emphasis should be on the “ex” in “ex-con,” should it not?

For the most part as well, people generally seek to do good over bad and one can never really know what drives someone else to pursue a life of crime or to engage in petty criminal activities which are known to very quickly snowball into something quite substantial. So I take it upon myself to employ as many ex-cons and mentally ill people as I can, because they’re people too and they have something to contribute to society. Not that I put them both in the same category, but I truly believe mentally impaired people would jump at the chance to put whatever abilities they have to good use.

Ex-convicts as well — if you pretty much can’t be the director of a company following a criminal record you might have had and if nobody will touch you by way of offering you employment as well, are you not being isolated and put in a position which would suggest that your only way through this situation is to go back to a life of crime?

Not an Easy Ride

Don’t get me wrong — it isn’t a walk in the park working with ex-cons and working with mentally impaired people also comes with its own set of unique challenges. Funny thing you’ll discover though is that even ex-cons and mentally impaired people have some serious talents — talents which if nurtured and given an enabling environment to flourish could contribute bucket loads to the growth and profitability of your business.

I’ll personally continue to employ some of these people which society seems to have wrongfully shunned and I’ll have you know that one of my cafes is fully managed and run by mentally impaired people alongside a couple of ex-convicts. It’s one of my most successful businesses yet.