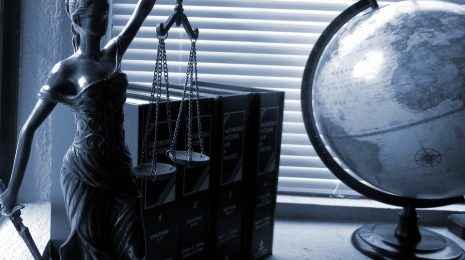 First it swept through the financial industry, swiftly seizing the stronghold of online and cross-border payment processors specifically, but blockchain technology has since demonstrated it’s not quite immune to some teething problems it could perhaps have had much earlier on its development. Make no mistake about it though – the very essence of what blockchain technology is about will definitely see its contributors getting it right and it’s sure to take over many different industries.

For those of you who don’t know what on earth I’m talking about, blockchain is merely the technology which drives the operation of cryptorcurrencies like Bitcoin. It’s basically an online public ledger system of keeping every single transaction record so that it can be viewed and verified publically.

Now if the wheels of your mind are already set into motion and you can already start to see how this type of technology could be a threat to the banking sector and to large parts of the financial industry proper, then you can perhaps already see where I’m going with this post.

Picture just for a second this same public ledger technology being deployed in the legal field. The likeliest route through which it would be implemented is indeed something like previous cases, particularly watershed cases that are often used as solid examples of the law applied in the manner it should be applied. Judges often like to refer to previous cases when handing down their judgements and if that is indeed an operational method which would otherwise suggest that such previous cases are a basis for the part outcome of future cases, what better way to keep records of those cases than through blockchain technology?

READ  3 Reasons to Use Whiteboard Animation Videos on Your Website

After all, the accessing of that information would be that much faster and the cross-referencing thereof that much more accurate. In fact, some legal practitioners largely based in the USA and Europe are already using somewhat of a blockchain model to offer some of their legal services, albeit more as an underlying mechanism of guidance than an outright reliance on it as a comprehensive legal solution. Also, it’s mostly used as a funding model where investors of all pocket-sizes can essentially invest in the funding of a legal case for which the possible outcome is some or other form of monetary compensation.

Naturally, it’s like if you’re faced with a legal issue and you don’t quite have the funds to get good legal representation to fight your case for you, you go on these platforms and the underlying blockchain technology driving these platforms allows you to solicit investors. The investors will naturally get their predetermined share of whatever compensation you go on to get however, but as far as this posing a threat to the entire legal industry, blockchain is far from replacing legal professionals such as the Khan Law Firm PLLC.

Reason? These types of attorneys enjoy the advantage of offering their services in multiple languages, in addition to offering free consultations through which clients can enjoy a compensation structure where you only pay once you’ve received your settlement – i.e., once they’ve won the case for you.