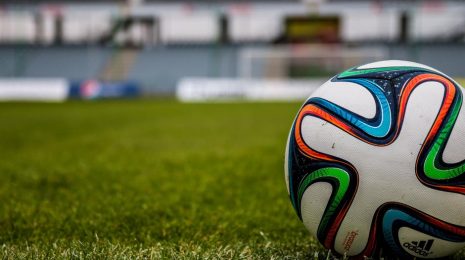 It really rubs me up the wrong way hearing some people asking questions like “Why do we give footballers so much money and yet we pay nurses, firemen and policemen a fraction of what these sports stars earn?” I mean they’re not involved in any of the sports sponsorship deals and so they can’t claim any ownership of the money “given to footballers” and other sports stars, can they?

What this demonstrates though is their general lack of understanding of what is the colossal business of sports sponsorship. It is a huge business and it ultimately just comes down to marketing. There’s nothing more to it – when a company, business or brand chooses to sponsor a sports club for example, their representation on that sports club’s jersey as the commercial sponsor is all about getting the word out there about themselves.

It’s a bit ironic though because I mean just imagine what having their logo printed on the front of an EPL club could do for an up-and-coming company or business that doesn’t quite have the marketing budget to undertake such a sponsorship deal. Instead, it’s the industry giants of their various markets which can afford to sponsor major sporting events and major sports clubs. I mean do you think William Hill sports betting online is a brand and business which was established just a few short years ago and came onto the scene just last year? Certainly not…These are giants of their respective markets and yet they still spend millions upon millions of pounds on what is perhaps the most expensive form of marketing – professional sports sponsorship.

See also  A Streetwise Approach to Starting and Running a Business

You look at the likes of Coca Cola as well. How long has Coke been a constant feature of any refreshments fridge in homes all around the world and yet this long time market leader in its respective market still advertises like they’re a brand new company? These big brands don’t need the type of exposure something like sponsoring a World Cup brings them and yet they are the ones who consistently make for the driving force behind the sponsorship business.

I reckon that’s the secret to success in business – the type of success which comes with staying-power that transcends the ages. You have to find a way to jump on the bandwagon that is being pulled forth by an event that consistently manages to pull in the numbers in interested onlookers whose eyes are given ample opportunity to interact with your brand.

So I guess what I’m getting at is that fine, you might not have the sort of budget to assume the role of the likes of William Hill and sponsor a major sports team or two along with an entire tournament/cup/league, but these major brands didn’t become big overnight. They started somewhere and you too should follow suit. Look around your own community perhaps to maybe have your brand sponsor a schools league or throw your weight behind your hometown’s local football club.

One day we might be talking about your brand as forming the core of brands which drive the big business of sports sponsorship.