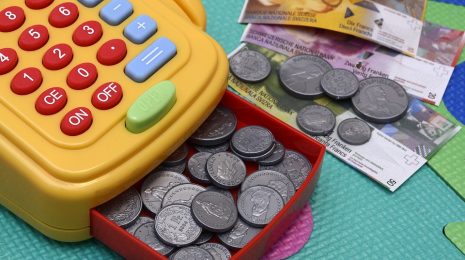 As someone who has basically had no choice but to make a success out of my business endeavours I think I’m in a pretty good position to speak about just how hard it can be. You spend a lot of time chasing income-generation channels only to find that it’s not quite how you imagined it would turn out, but you have no choice but to keep on going.

The moment I figured “the secret” out however it became a mere matter or rinsing and repeating, doing virtually the same thing in each and every industry I’d subsequently get into. I put “secret” in inverted commas because it isn’t really a secret, but perhaps rather an open secret which is actually hidden in plain view.

So what it takes to succeed in any area of business is an understanding of the two different types of spending, namely active spending and passive spending.

Obviously not all passive spending is bad, such as how we need to eat in order to stay alive and so we spend passively on household goods and items such as groceries, but the passiveness of it all, so to say, comes into play when you spend passively without even thinking about how much you’re spending on the food you’re buying. For example, some customers at a popular organic foods store unwittingly pick out seedless grapes and pay a little extra for them when they really meant to buy organic grapes instead of what I would assume to be the GMO variety they’re actually buying.

Those debit orders which go off automatically to cover the costs of some or other subscription you never really use also count as passive spending.

As much as from the seller’s point of view I mentioned how passive spending is the best for business, for some of us business is just as much about helping people as it is about making money, so we feel good when we add value to the customer’s life through their purchase of our products and services. So active spending can also be just as good as passive spending, but it’s definitely good for the consumer.

Active spending is actively seeking out good deals, perhaps even long before you actually complete the purchase, a practice which sometimes even leads to getting services for free which you would have otherwise paid a whole lot more for. For example, there are some car accident lawyers who offer free consultations – something which a passive spender would never really come across since they don’t really pay attention to how they spend their money.