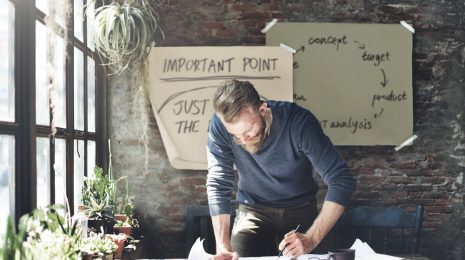 I’m not suggesting that anyone harbouring aspirations of making it in the business world should completely shun the idea of attending business colleges such as Harvard Business School, London School of Business and the likes, but in my humblest opinion one can only really learn about business by being in business. Granted, formal qualifications in business do indeed have a serious role to play in perhaps putting one along the path to success, but take it from someone who’s realised some success in business at the tender age of 32 when I say that I wouldn’t have chosen any other path to success than the rough, streetwise approach I was admittedly left with no choice but to take.

Okay, so perhaps it takes a bit longer to start and operate a successful business or even a string of successful businesses when you take the streetwise approach, but once the success is realised then the lessons learned the hard way are very easy to scale, refine and implement all over again to realise the same success in your next venture. That’s perhaps why some of the best business books and even prescribed business textbooks are those which were written by the so-called streetwise businesspersons who’ve been there and done that, not some university professor whose thesis is based on some business theory taught to them by a predecessor who themselves learned about business theory through prescribed textbooks. Perhaps the professors do have a place in this equation however, but I would go as far as saying that a great business book would perhaps be written in the style of a formal biography with the writer of the book harbouring teaching skills so that they can translate the experiences of a streetwise, self-made businessperson instead of trying to come up with concepts themselves which they learned through the theory found in older textbooks.

Okay, so what exactly is the so-called “streetwise” approach to business? It’s as simple as lessons being learned primarily through trial-and-error, but you’d be really surprised to find that such lessons are learned rather quickly by the grafting, streetwise-type entrepreneur or businessperson. In its simplest of forms, if you have someone who grows tomatoes in their backyard and they decide to sell them at a street corner or market, it only has to happen once for them to identify the best time and spot for the tomatoes to fly off the stall for them to learn the basics of the whole process and so with that seemingly insignificant knowledge they can predict with great accuracy how the markets behave across the broader consumer goods spectrum.

If we’re to perhaps take it to a more sophisticated level by way of examples; some of the most successful programmers I know aren’t the best at applying programming principles and standards learned in the textbooks, but are rather those programmers who identify as entrepreneurs instead of programmers and so they build online businesses and other solutions with their limited skills and make great profits, while on the other hand the textbook programmer’s main concern is on adhering to the principles taught in their prescribed textbooks.