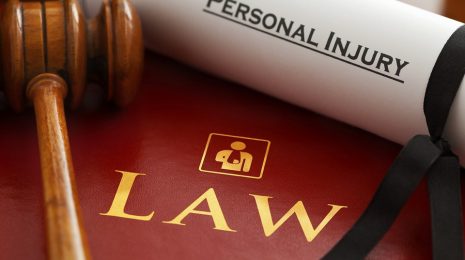 From a business perspective, few developments can hurt your financial standing more than a lawsuit in which someone alleges he or she has been mistreated or injured. These situations aren’t always unavoidable,  but they can be prevented in many cases.

But it’s up to you to do your part to protect people from harm.

Before you can focus your energy on avoiding personal injury incidents or preparing your defenses, you have to first identify the risks. Some firms — depending on the industry, how many people are on site, and the various physical factors and conditions that are in play — face more risk than others, obviously.

Duty of care is the foundational principle of personal injury law. It states that whenever a business welcomes people onto its property, it has a duty to act reasonably and provide for their safety.

“This duty does not mean that businesses will be liable for any injury suffered by a customer [or employee],” attorney Andrew Suszek is quick to point out. “Courts understand that a business could never prevent all injuries, and the cost of coming close to that standard would be overly burdensome.”

The point is that your business owes a duty of care to anyone you welcome onto the premises. Generally, the courts impose a “reasonableness standard” on companies. If there’s something reasonable you could do to prevent an injury, you should do it.

For example, if a spill happens, and your janitorial staff mops a hallway with soapy water, it’s reasonable to assume they would also put up a sign to warn people that the floor is wet.

If your business fails to live up to its duty of care, it’s said to have breached that duty. In other words, you didn’t take the trouble to protect the interests of the victim to the extent that the law says you should have.

For example, let’s say there’s a sudden change in elevation on the sidewalk that leads from the parking lot to your building’s front entrance. You have a duty of care either to fix this problem or at least to make people aware of it so they don’t trip and fall.

See also  Benefits of Having a Marketing Consultant as Your Partner

If someone trips and breaks his arm and you never addressed the underlying cause, you’re likely to be found guilty of a breach of duty.

Causation is a central element in personal injury law. As Suszek says, “The critical issue is whether the breach actually caused the harm. It’s insufficient to show that a customer suffered harm after a fall, and attempt to leave it at that.”

For example, say the floors in your office building were wet, but there were multiple yellow warning signs. An individual came walking down the hallway and, because she was looking at her phone, she failed to notice the signs and tripped.

You could argue that the cause of the fall was the woman’s lack of attention, not an absence of signage.

Finally, it has to be shown that the victim suffered actual harm as a result of the breach of duty. Using the sidewalk example above, tripping and falling isn’t reason sufficient for someone to file a lawsuit against your business. The complainant has to prove that some sort of harm occurred as a direct result of the trip.

Harm can be defined as physical or emotional pain and suffering, cost of medical bills, loss of earning capacity, and the inability to enjoy life to the same extent as before the injury.

How to Avoid a Costly Case

Each of the previous four elements must be satisfied in order for a lawsuit against your company to succeed. If a case establishes only two of the four, then it won’t stand much of a chance of holding up in court. And that gives you considerable leverage in negotiations.

But if these four basic elements are present and can be proven, you need to prepare a strong defense. Financial compensation can come in many different forms. You may be required to pay for or offset medical expenses, lost income, pain and suffering, loss of consortium, and punitive damages.

As you can guess, the numbers can add up quickly in a personal injury case. And unfortunately, it’s too late to avoid the issue once an incident has taken place.

Instead of letting yourself become bitter or frustrated by a personal injury case, you should make it your goal to avoid any future injuries and cases. Here are some tips:

Start by honestly assessing the risks your business faces with all the company’s leadership present. What are you obligated to fix or correct? Which threats to safety are in need of clearer warnings and safeguards? Are there risks you aren’t technically obligated to fix, but would be wise to address anyway?

This process can be frustrating at times. You may notice little things that really aren’t that big a deal, but you suspect a court would regard them differently. As the saying goes, it’s better to be safe than sorry.

Once you’ve highlighted the various risks and issues, get to work on making the premises safer. There will be certain things you can handle internally, such as creating signage and posting it near the risk areas.

Some factors may require outside assistance to fix. Go ahead and take care of these problems. Not only will you reduce overall risk, but you’ll probably also start to feel better about your situation in general. There’s something empowering about taking action.

In addition to recognizing risks and taking action to fix the issues, it’s absolutely necessary to document your efforts fully. Anything and everything you do should be written up and filed.

Then, if something ever happens, you’ll have documented proof that you recognized and addressed the risk as you best saw fit well before the incident. This could let you off the hook, or at least prove you took reasonable steps towards protecting a potential victim.

The more insurance your business can afford, the better. For starters, you need general liability insurance, which covers you against injuries and property damage.

Premises liability is a smart choice as well, since this type of coverage focuses on common issues like slips and falls. You’ll also want to consider getting employment practices liability insurance (EPLI) and workers’ compensation insurance.

Insurance doesn’t prevent issues from occurring, obviously, but it can soften the blow in the event that something does happen. It’s smart to purchase as much coverage as you can.

See also  6 Branding Mistakes which You Should Avoid

You don’t want to spend every day having to worry about what could happen in a worst-case scenario, but you also can’t afford to sit still and do nothing. There’s a happy medium: You should think regularly about ways in which you can protect the people who happen onto your premises, because that simultaneously protects your company from getting caught in the middle of a legal battle that could potentially be disastrously expensive.

Even the best prevention plan has its holes. If your business is sued over an incident that results in personal injury, it’s imperative that you know how to respond appropriately.

The first step is to remain calm, while simultaneously taking the claim seriously. “Even if you know you are innocent, the judge and lawyer for the plaintiff don’t necessary know that,” small business owner Kayla Sloan explains.

“Don’t put off responding or ignore the lawsuit because you think it is wrong or ridiculous. Doing so may cause the court to automatically rule in the plaintiff’s favor by default. It could cost you thousands or even your entire business.”

You also have to contact an attorney right away and be totally honest with your legal team as soon as they’re lined up. They need to know everything so they can devise the best defense for you.

Avoid Litigation at All Costs

It’s not necessarily possible to prevent an injury from occurring on your premises. It would be unrealistic for to expect you to eliminate every single risk that could be present. But there is one thing you can usually avoid: litigation.

By proving that you act reasonably and provide for the safety of the people on your premises, you can avoid most crises. And should you find yourself in a situation that seems headed for the courtroom, a settlement of some kind may be the best option.

Whatever you do, don’t let a small problem become a major financial catastrophe for your firm. There are plenty of things you can do to protect your business moving forward.