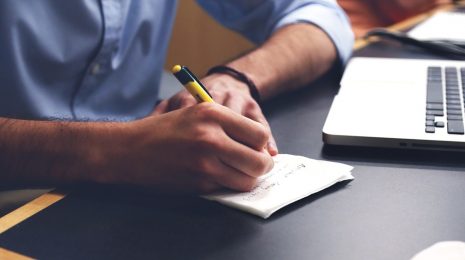 Unlike an illness that develops over time or a surgical procedure you’ve had scheduled for months, a car crash happens very suddenly. One second you’re totally fine and hardly suspecting that anything unusual is about to happen, and the next second your life flashes before your eyes for a second or two … then you’re incapacitated.

Because nobody is prepared for a car accident, generally nobody performs any advanced preparations to deal with recovery from such an event. Thus, such issues as knowing when to return to work are pretty uncertain.

Four Things You Ought to Know

If you’ve been involved in a vehicle collision, then your primary focus should be on recovery. But at some point along the path to recovery, the notion of returning to your work will probably become a serious preoccupation in your mind. Here are a few things you need to know about that.

Any good auto-accident attorney will tell you it’s imperative to document your injuries and how they affect your mobility and daily activities. If you pay close attention, you may recognize that your symptoms aren’t just physical in nature.

Most vehicle crash victims also experience psychological effects, for example, anxiety. As you think about when to return to work, you have to take the psychological issues into account, at least as much as the physical.

Failure to do so could lead you to return prematurely, which might have a negative effect on your job performance and inhibit full recovery.

Some car-accident victims worry about whether returning to work will have a negative impact on their pending lawsuit or insurance claim. In general, the answer will be no.

Loss of income often plays a role in most suits and settlements, but returning to work won’t negate what you’re already owed. It also isn’t an admission that you were not seriously hurt.

Healing is a natural part of recovery, and the expectation is that most people will eventually return to their job. Waiting to return because you think it will help your case is unwise and potentially unethical.

If you’re seeing a trusted doctor, it’s best to follow his or her orders. If the physician tells you you’re cleared to return to work, then you can make plans to do so. If he or she warns you that you aren’t ready to get back in harness, then it’s probably best to hold off for a while longer.

It’s also worth noting that in order for you to claim a loss of income as part of your suit or settlement, you have to prove there has been a medical basis for your inability to return to work. If your doctor says you’re cleared, but you simply don’t want to return, you mustn’t expect to file for a loss of income during that subsequent period.

Finally, you should take it slow. If you’ve been out of work for two months while recovering from serious injuries, it’s probably not wise to return suddenly to putting in 50-hour weeks.

A gradual return, during which you work a partial schedule and build up over time, is the healthiest way to approach your employment after a car accident.

Timing Can Be Different for Everyone

There is no three- or five-step process in recovering from a car accident. How you heal, physically and emotionally, is an intensely personal exercise, and will look totally different for you from the way it might for the next person.

The key is to focus on yourself and listen to your body. Returning to work isn’t about how that move might affect your pending lawsuit or claim, but how it will positively or negatively affect you as an individual.